How the Church of Scientology abandons in the hour of need, to die alone and penniless, those who are the most vulnerable and desperate.

Call it for what it is: Complete callousness toward the dying and depraved Indifference toward those who have "outlived their usefulness".


Sometimes around the advent of its "Golden Age", the Church of Scientology has implemented a policy of Denying Help and/or assistance to the dying.


In the 1980s terminally ill parishioners who had paid vast fortunes into the Church Coffers were still being given counseling (auditing), though they were made to sign waivers and releases. This is how I came to audit the late Betty Filisky (Solo NOTs Completion #1) in 1987. At age 57, she was dying of Cancer. I am authorized to state at this point that she was entirely disaffected with the Senior Management of the Church after she had seen how they had behaved like bullies and thugs toward many good meaning people, including many personal friends of L. Ron Hubbard.


The Snr C/S FSO, the late Richard Reiss, blamed her illness on her disaffection, though there are no LRH references explaining how disaffection can makes someone deadly ill. But that was the politically acceptable comment to make.


The truth is that Oppression (Suppression toward people who are denied the right to defend themselves or speak out against abuses) is one of the key things that makes people ill. There are dozens of LRH references pointing to that fact. Even common sense, when one describes the Oppression by its key attribute: Stress, agrees with this as well.

Last year three times, I was asked to come to the bed of a dying person that I had last audited between 20 and 30  years earlier, because the Church they still officially belonged to (The Church of Scientology) had callously denied them the right to receive their last rites for no better reason that they now viewed them as a potential liability and a burden. Simply stated, the Church of Scientology has the peculiar view, unique among any religious organization, I have ever heard of, that it primarily exists for its own benefit and to satisfy its private interests (and those of its leaders) well ahead of those of any of its faithfuls. In that respect, the Church of Scientology acts entirely and solely like a FOR PROFIT ORGANIZATION while using loopholes within the law to parade as a Church. The reasons for Scientology being a Church have nothing to do with its daily actions and entirely with financial and monetary gain.


Listening to nothing but my Heart, I made arrangements to fly to Europe at my own expense, as all three of the dying resided there and were broke. At least, my actions allowed three good people to die with dignity and I was able to provide some comfort for their family and survivors.


I had audited the first one of them for the last time 25 years earlier and because I had left the Church shortly after, we had never spoken since. That person had remained entirely faithful to the Church until the moment she had been ditched by the Church as a potential liability for having an inoperable tumor and "having outlived her usefulness".


Now on her death bed and unwilling to be abandoned to her fate by the Church of Scientology who viewed her as nothing more than a useless rotting piece of meat: a carcass to be, she asked for her relatives to find the person who had always been there for her when we both were at Flag and been vastly more successful than anyone else in helping her through auditing. That person was me.


She was extremely glad to see me. Her first words were:"Pierre! you came! I am so glad! You have helped me so much..." I provided her with the help that she needed and her well deserved last rites. Within 48 hours she departed peacefully from her body after an agony that had lasted too long already.


In another country I met an elderly individual who had once been a truly brilliant executive and many decades ago a close confidante of L. Ron Hubbard, someone whose name can be heard on many LRH conferences from the 1950s. Sadly a degenerative disease had ravaged their life and body. I was able to provide effective counselling and assistance to that individual to the point that the care providers told me I had made a difference  for the better.


The third one lived in a country where Scientology is unknown.


That person was now deadly ill and no cure could be found. Years earlier, under David Miscavige guidance, teenage CMO Messengers had treated that person with wanton disrespect for his dignity as a Human being. That prompted the individual to leave.


The Church of Scientology viewed that extremely able and ethical individual as "useless" and an ENEMY, merely for the fact that he had departed the Sea Org while still following all of their rules on leaving. I was invited to deliver an Assist as the family knew I did not apply KSW (Keep Scientology Working Policies)  destructively like the Church of Scientology now specializes itself in. His influential family and the Head of State of that country both arranged for the most competent doctor they could find to help that "Enemy of the Church". It is little wonder after the leaders of that country had been appraised of the Violation of Human rights on their own citizens by the Church of Scientology, that all Scientology books have now been officially banned from both bookstores and Libraries in that country, because they are viewed as the product of "an Extremist Organization". I was successful in helping that individual as well.


I had very little sympathy when someone called me direct from the latest Freezone convention and boasted about awards and trophies they had just handed out to people who are top PR artists but horrible auditors when one is actually allowed to examine their session reports. Coincidentally one of the awards recipients had just abandoned a suicidal pc behind and left another go to a psychiatrist mid-intensive and put on anti-psychotics. Neither that auditor nor the Freezone Convention organizers felt the slightest guilt feeling.


I told them that I was on an errand of Mercy at my own expense because it was the right to do: to help those who gave several decades of their lives to help others and LRH develop the technology so that we can all use it, nor merely financially benefit from it, as too many people both in the Church and the Independent field seem to do. The reason I went to help those people was largely because they were too broke to pay my expenses because nobody else in the Church or the Freezone/Independent Field was willing to do it. I had spent many hours cramped in Economy Airplane seats, slept on uncomfortable couches, ate processed food because it was the only thing available, while some of those "award winners" basked in luxurious accommodations and quietly swept their overt products under the carpet.


That person I told this to, went on repeating what I had just said.  I was assigned subsequently lower conditions and told I was a "LIABILITY TO THE FREEZONE" by the self-appointed FREEZONE PR, when I declined to cover up for the auditor whose pcs became suicidal or defected to psychiatry mid intensive and for refusing to stay silent about another one who keeps being invited as guest of honor to events, but is documented to be a child molester. The self-appointed Freezone PR has declared me FAIR GAME since and encouraged both his auditor and those who finance him and pay for his own auditing to do the same.


Judging on the resulting natter, it seems that I missed a lot of withholds that day.


This is why no matter how much natter, lies, rumors and sordid tales the tormented souls whose withholds were missed that night, or other nights, I stand tall whenever I look at my actual actions and motives. 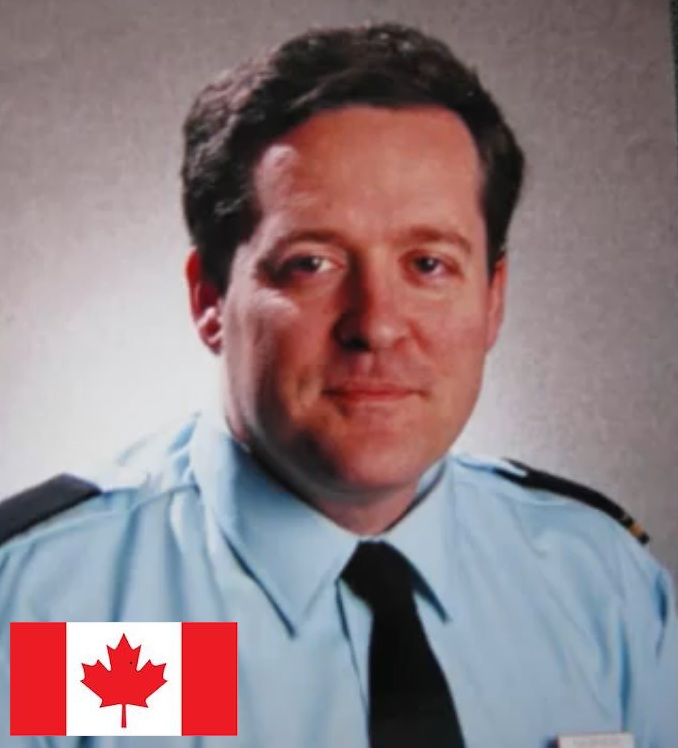